Trump administration has put together ‘war plan’ to ‘take down’ CCP: Bannon 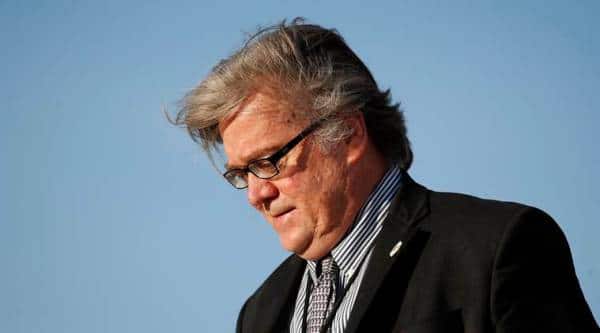 The Trump administration has put together an integrated “war plan” to first confront and then “take down” the Chinese Communist Party, former White House chief strategist Steve Bannon said, adding that this includes supporting allies in India on the borders of “Chinese-occupied Tibet.”

Bannon made the comments on Monday in an interview to Fox News. “You’re seeing an integrated war plan put together to confront first and then take down the Chinese Communist Party, to call their bluff”, he said.

This “war plan” against China includes supporting allies in India on the borders of “Chinese-occupied Tibet”, Bannon said.

Bannon, who played a key role in the electoral victory of President Donald Trump, left his position as a chief strategist in 2017. Whether he was fired, or resigned was not clear.

He said the president’s “kind of war council” has laid out the “four horsemen of the apocalypse” — National Security Adviser Robert O’Brien, head of the FBI Christopher Wray, Secretary of State Mike Pompeo, and then Attorney General William Barr — against the Chinese Communist Party.

O’Brien, Wray and Barr have delivered three major speeches in the last three weeks. Pompeo is slated to deliver a speech on China later this week.

“Those four individuals laid out an integrated and coherent war plan to confront the Chinese Communist Party on technological and information war and economic war, and then, with our allies, start to open up the South China Sea, and support our allies in India on the border of Chinese-occupied Tibet”, he said.

President Donald Trump, he said, has a “coherent plan” against the Chinese Communist Party.

“I would like the secretary of Treasury to join in there, and Treasury to start to drop the hammer. But you have seen a coherent war plan. I think you have just got to get that same level of coherence on the Chinese virus that’s here, the CCP virus that has come to the United States”, he asserted.