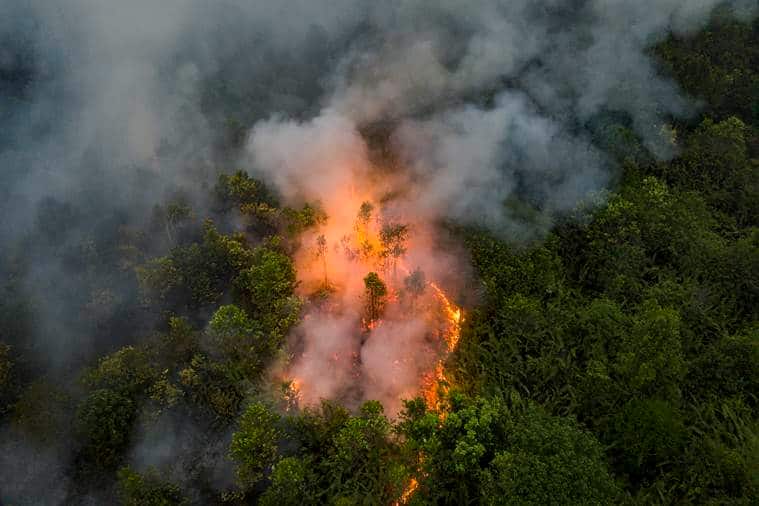 Twenty-five of South America’s 30 most polluted cities are in Chile, according to a 2019 annual report by Swiss consulting firm IQAir. (The New York Times)

Nestled in a valley in central Chile, near lakes and snowcapped mountains, sits one of the world’s most polluted cities.

Every winter, sleepy Temuco plunges to the bottom of global air quality rankings. While notoriously polluted megacities such as Beijing and New Delhi have populations almost 100 times that of the tiny Chilean town, contributing to round the clock traffic and factory activity, Temuco’s contamination doesn’t come from economic activity. It comes from poverty.

June though August, when the Southern Hemisphere is in winter, thermometers in Temuco drop to as low as 4º Celsius (39º Fahrenheit). Poor temuquenses, as the city’s 220,000 residents are known, have no choice but to burn cheap—often wet—firewood to keep warm.

Read| Two-thirds of most polluted cities are in India: global report

From the window of her living room, 60-year-old resident Patricia Bravo says she can sometimes only see half a block down the street in her Temuco neighborhood. The rest is all gray smoke. “It’s like living in a city with permanent fog, except it’s chimney smoke,” says Bravo, who’s lived there since she was a young girl. She’s gotten used to itchy eyes and the smell of heavy smoke in her living room this winter, she says, even when her own chimney is dark and her windows are closed.

According to data compiled by Bloomberg Green and the non-profit OpenAQ, Temuco had the worst air quality in the world at least five days in the last eight weeks, including back-to-back on July 8 and 9. Twenty-five of South America’s 30 most polluted cities are in Chile, according to a 2019 annual report by Swiss consulting firm IQAir.

As the air gets worse, so do a range of health ailments. It’s a cycle Fernando Lana says he’s seen play out every winter in the 40 years he’s worked as a cardiologist in Temuco. “There’s almost a perfect correlation between contamination levels and visits to the doctor for heart diseases or cardiac failure,” Lana says.

The trend is especially troubling this year to both residents and health officials as Covid-19 explodes in the Americas. More than 3.6 million people have been infected by the potentially deadly disease in Latin America.

Explained|  Can a diet of fish protect the brain from air pollution?

In April, Temuco became one of the first Chilean cities put under quarantine. It’s possible that, by forcing everyone to stay indoors, pollution from household fireplaces increased. The burning of wood creates soot and microscopic particles that, studies show, end up in almost every organ of the body, increasing the risk of heart problems, strokes, asthma, pneumonia and lung cancer. A study published in April and updated in May by Harvard University found that increased exposure to small airborne particulate matter of just 1 microgram per cubic meter increases Covid-19 death rates by 8%.

A report by Temuco’s city hall and the local Universidad de la Frontera linked a sudden decline in temperatures and the increase in air pollution to a doubling of new coronavirus cases reported daily at the end of March. Since the quarantine was lifted on April, the number of Covid cases has slowed, with the town accounting for 67 of the more than 7,000 coronavirus fatalities in Chile since the pandemic began, according to data from the Health Ministry.

Chile’s government has been troubled by the periodic pollution spikes across southern Chile and is seeking to lower power bills so more Chileans can afford to use electricity for heating rather than wood, Energy Minister Juan Carlos Jobet said last month in a Bloomberg Radio interview. But that’ll take time and likely won’t impact habits this winter.

Damp wood is “cheap for the buyer,” Jobet said, “but very expensive for society.”