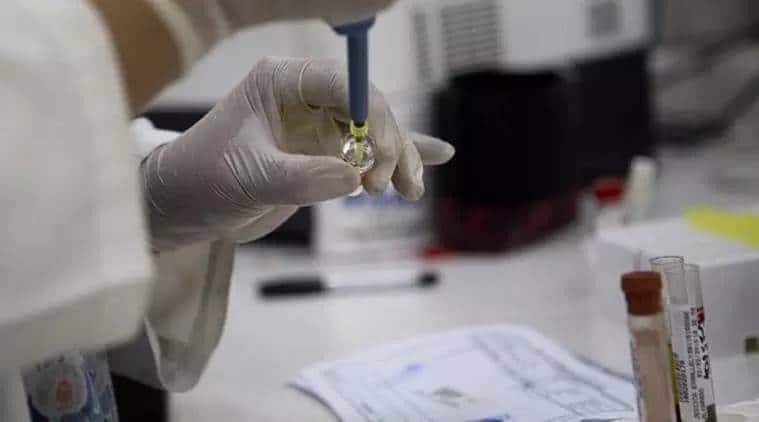 A coronavirus vaccine the University of Oxford is developing with AstraZeneca Plc showed promising results in early human testing, and is now set to move into larger trials that are likely to be decisive on how effective they truly are.

The results weren’t enough to convince the market, however. AstraZeneca Plc fell from a record high in New York trading on concerns over whether its vaccine can match the progress seen in programs from Pfizer Inc. and BioNtech SE, as well as Moderna Inc.

“In the competitive context they fail to impress,” said Bernstein analysts led by Ronny Gal.

The vaccine increased levels of both protective neutralizing antibodies and immune T-cells that target the virus, according to the study organizers. The results, published Monday in The Lancet medical journal, are a key milestone for one of the fastest-moving vaccine projects globally.

“Our hope is that we can actually start delivering a vaccine before the end of the year,” AstraZeneca Chief Executive Officer Pascal Soriot said on a call. “We’re working as quickly as we can but of course there are things you cannot control.”

Exacerbating market concerns, the Lancet medical journal publication came just an hour after Pfizer and BioNtech had announced early positive data from their Covid-19 vaccine trial in Germany, which builds upon promising results from their program earlier this month.

Sarah Gilbert, a vaccinologist who leads the work at Oxford, said 18-to-55 year olds and people over 55 in the U.K. trial are already being given two doses of the vaccine candidate. The larger U.S. trial due to start in a few weeks will also likely test two doses, she said.

“We don’t know where we need to get to with the immune response,” Gilbert said by telephone. “Nobody knows how strong it needs to be.”

The best strategy, she said, is to go for a strong immune response to determine efficacy, she added. “If it turns out to be too much, that’s fine,” Gilbert added. “We may be able to take it back to one dose at least for the younger adults.”

The testers are also looking at different dose levels” to determine the best way forward, she said.

A positive outcome had been widely expected after reports last week lifted the stock, with the vaccine already in more advanced trials. Researchers plan to prioritize testing a two-dose regimen, rather than a single shot, dampening some of the enthusiasm over the vaccine, which they’ve previously said they hoped to deliver as early as September.

Other vaccine projects, including shots being developed by China’s CanSino Biologics Inc., and a partnership of Pfizer and BioNTech SE also delivered positive trial updates Monday. The results boost optimism about ways to counter a pandemic that’s killed more than 600,000 people and triggered economic turmoil worldwide. Moderna Inc., another front-runner, released results last week from an early-stage test that showed its vaccine raised levels of antibodies that fight the virus.

“The market should be extremely gratified that we have several vaccine candidates that are making good progress,” Lancet Editor Richard Horton said in an interview with Bloomberg Television.

Although stimulating production of neutralizing antibodies doesn’t prove a vaccine will be effective, it’s considered an important early step in testing. Results from testing in animals had already shown the Oxford-AstraZeneca shot provoked an immune response.

The Phase 1 human trial, which took place between April 23 and May 21, involved 1,077 healthy adults aged 18 to 55 with no history of Covid-19. A control group were given a meningitis vaccine as a placebo and 10 participants received two doses of the shot one month apart. The vaccine caused minor side effects, which could be reduced by taking paracetamol. There were no serious adverse events from the jab.

Explained|  What we know of Covid-19 now: Updated symptoms, modes of transmission, immunity and complications

Most of the participants in the study received a single dose of vaccine. Astra will prioritize a two-shot regimen in future testing, said Adrian Hill, head of Oxford’s Jenner Institute, in an interview.

“The vaccine worked and developed the all-important neutralizing antibodies, in most cases after one shot and in all cases after 2 shots,” said Ian Jones, professor of biomedical sciences at the University of Reading.

Across the world, about 160 coronavirus vaccines are in various stages of development, according to the World Health Organization. The Oxford shot is close to the front of the pack and has already begun final-stage tests. AstraZeneca has said it may begin delivering doses to the U.K. as early as September.

AstraZeneca received a boost when the U.S. pledged as much as $1.2 billion toward development. Under its agreement with the British drugmaker, the U.S. could begin receiving supplies as early as October.

The U.K. has also struck a supply agreement for the shot, but on Monday it secured access to other drugmakers’ experimental vaccines to hedge its bets and garner enough doses to cover its population of 66 million. The government secured deals with Pfizer, BioNTech and Valneva SE.

Companies and universities are relying on an array of approaches in the fight against Covid-19. The Oxford team has developed a technology that can speed up the process by using a harmless virus to carry some of the pathogen’s genetic material into cells to generate an immune response. The proposed vaccine is made from a weakened version of a common cold virus that’s genetically changed to make it unable to grow in humans.

Oxford has inserted genetic material from the surface spike protein of the SARS-CoV-2 virus as a way of tricking the immune system into fighting back. The platform stimulates both antibodies and high levels of killer T-cells, a type of white blood cell that helps the immune system destroy infection.

“We’re very encouraged,” Hill said. While the test doesn’t prove the vaccine will work, “I think we’re a bit more confident it should work this week than last week.”