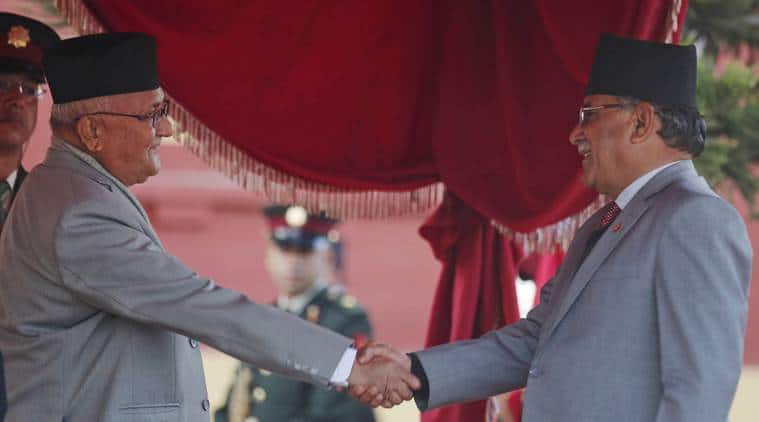 According to a statement issued by the Central Office of the Communist Party of Nepal, the Standing Committee meeting scheduled for 3 pm on Sunday has been deferred for 11 am on Tuesday.

During an informal meeting on Sunday morning, the party’s top leaders decided to defer the meeting for two days in a bid to sort out differences, Standing Committee member Ganesh Shah told PTI.

The 45-member powerful Standing Committee’s meeting was first called for June 24 after Prime Minister Oli alleged that some of the party leaders are aligning with the southern neighbour to remove him from power after his government issued a new political map incorporating three Indian territories of Kalapani, Lipulekh and Limpiyadhura.

The Prachanda-led faction rejected the allegations, saying it is them who have asked for resignation, not India. They asked Prime Minister Oli to show evidence to support his allegation.

Top NCP leaders, including ‘Prachanda’, have been demanding Prime Minister Oli’s resignation, saying his recent anti-India remarks were “neither politically correct nor diplomatically appropriate.” They are also against Oli’s autocratic style of functioning.

Oli and Prachanda have held at least eight meetings in recent weeks to sort out the differences between them. But, as the Prime Minister did not accept the condition of a one-man-one-post, the talks failed, party sources said.

On Saturday, 68-year-old Oli proposed to convene early general convention of the party in order to resolve the issue, sources said.

As Prachanda-led faction has demanded the Central Working Committee meeting to put pressure on Oli to step down, the Prime Minister proposed for holding general convention in November, a senior leader of CPN said.

As Oli doesn’t enjoy majority support both in the Standing Committee and the CWC, he was avoiding the meetings, a senior leader of the party said.

During the informal meeting held at Prachanda’s residence on Sunday morning, senior leaders Madhav Kumar Nepal, Jhalanath Khanal and Bamdev Gautam rejected the idea of convening general convention, saying that it will not be possible to hold the general convention at this time of national crisis.

The differences between the two factions, one led by Oli and the other led by Prachanda, on the issue of power-sharing, intensified after the prime minister unilaterally decided to prorogue the budget session of Parliament.

Prachanda was made the executive chairman of the NCP in November last year under a deal between him and Oli. But the former prime minister was rarely given a chance to lead the party on his own, which some leaders say is one of the reasons he decided to form his own faction against Oli.

The Kathmandu Post recently reported that Prachanda might not agree for something less than the prime minister’s post, but since Oli has taken some drastic steps, including the House prorogation, he could step back for some time, fearing he would be blamed in the event of a split in the party.

The Prachanda faction until a few weeks ago was so confident that it looked like they would manage to force Oli to capitulate. But two days after proroguing the House on July 3, Oli told his Cabinet that the rival faction was plotting to oust him and impeach President Bhandari, putting Prachanda and his faction on the back foot, the newspaper noted.